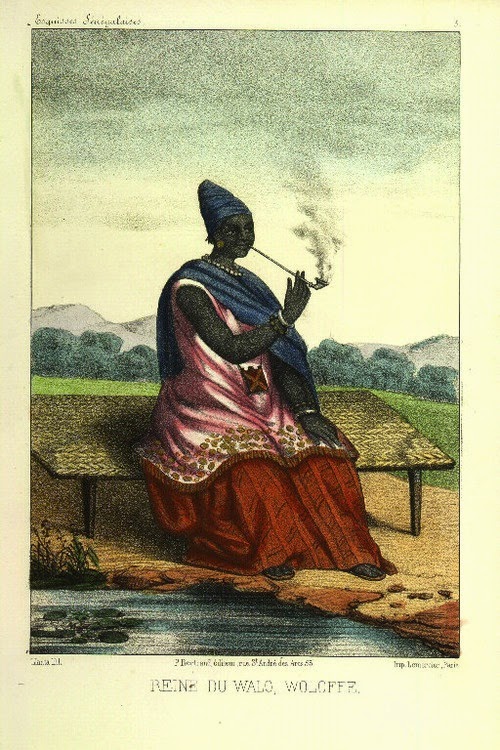 Queen Ndatté Yalla Republic of Senegal 1846-1860
Ndatté Yalla was Queen of the Kingdom of Waalo, a Kingdom located where is now the Republic of Senegal, after the death of her sister, Djeumbeut Mobdj. She exhibited all the attributes of a... Waalo leader : Father David Boilat took a photo of her smoking, surrounded by her female warriors in ceremonial clothes. She fought against the French colonisation and for example refused to ceade the island of Saint Louis to the French, despite the threats of the French governor.
More about Queen Ndatté Yalla:
http://fr.wikipedia.org/wiki/Ndaté_Yalla