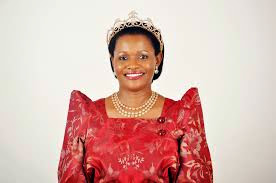 
Queen Sylvia Nagginda (born 9 November 1964) is the current Nnabagereka or Queen of Buganda, a historic kingdom in modern day Uganda, the third-largest economy in East Africa.

Sylvia Nagginda was born in England in 1964 to John Mulumba Luswata of Nkumba, Entebbe, and Rebecca Nakintu Musoke,and returned to Uganda shortly thereafter to be raised by her grandparents of the Omusu Clan. She is the granddaughter of George William Musoke and Nora Musoke of Nnazigo, Kyaggwe, and Omutaka Nelson Nkalubo Sebugwawo and Catherine Sebugwawo of Nkumba. She has three brothers and three sisters.

Queen Sylvia attended Lake Victoria Primary School, in Entebbe, Gayaza Junior School, and Wanyange Girls School. After graduating secondary school she went to the United States to continue her studies. She earned an Associate's degree with honours from City University of New York, a Bachelor of Arts degree from New York University, and a Master of Arts degree with Distinction in Mass Communication from the New York Institute of Technology. 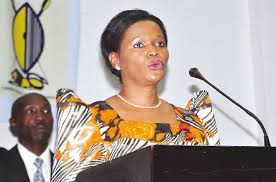 Sylvia went on to work as a Public Information Officer and Research Consultant at the United Nations headquarters in New York, as a proposal writer with Maximus Inc., and as an independent consultant in public relations and business development with various firms. She has applied her skills in fields such as public information, economic research, health care and human services, and international non-profit activities. She is one of the founders of the African Queens and Women Cultural Leaders Network (AQWCLN), whose primary focus is the "improvement of the lives of women and children in Africa". Collaborating organizations include the African Union (AU), the United Nations (UN) and African governments.[4]

The Nnaabagereka supports the Kabaka's Education Fund (KEF) in assisting to make education available to the least advantaged children through a scholarship scheme. She stresses the need for high quality education accessible to all children and relevant to the needs of society.[5] The Nnabagereka places special emphasis on the education of girls, as witnessed through her work as a Goodwill Ambassador for UNFPA, advocating for girls' education; She is also involved with the Forum for African Women Educationalists (FAWE) an organization whose goal is to accelerate female participation in education and to bridge the gender gap within the education system at all levels. The Nnabagereka is very cautious about the cultural values that make a good mother or woman in Buganda, but stresses that these should be handled in such a way that girls are not denied any opportunity in education.

As Queen, Sylvia has worked to raise awareness of the value of educating girls. She endorses abstinence from premarital sex in order to avoid HIV/AIDS and has tried to reduce the stigma of those living with the disease. The Queen is the patron of various organizations and heads the Nnaabagereka Development Trust Foundation. She has also spearheaded immunization campaigns against measles, polio, tetanus and other diseases. She also established the Kampala Ballet and Modern Dance School, the first of its kind in Uganda.