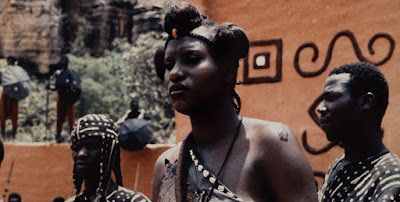 Sarraounia Mangou was a Queen of the Azna, a subgroup of the Hausa, who ruled in a region of Western Africa during the late 19th century.

She was ruler of an animist group of Eastern Hausa. Sarraounia of the Aznas fought the French colonial troops at the Battle of Lougou in 1899. While some kingdoms readily collaborated with the French in the hope of finally subduing her and her kingdom, and others capitulated without a fight, she mobilized her people and resources to confront the French forces of the Voulet–Chanoine Mission, which launched a fierce attack on her fortress capital of Lougou.

Overwhelmed by the superior firepower of the French, she and her fighters retreated tactically from the fortress, and engaged the attackers in a protracted guerrilla battle which eventually forced the French to abandon their project of subduing her. 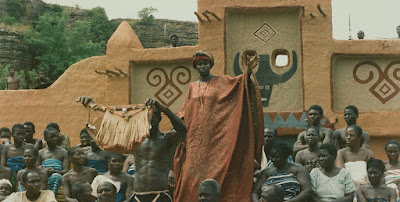 Sarraounia means Queen or chiefess, and among the Azna people of Lougou and surrounding Hausa towns and villages, the term refers to a lineage of female rulers who exercised both political and religious power. The 1986 film Sarraounia is a retelling of her struggle against Voulet and Chanoine's troops.